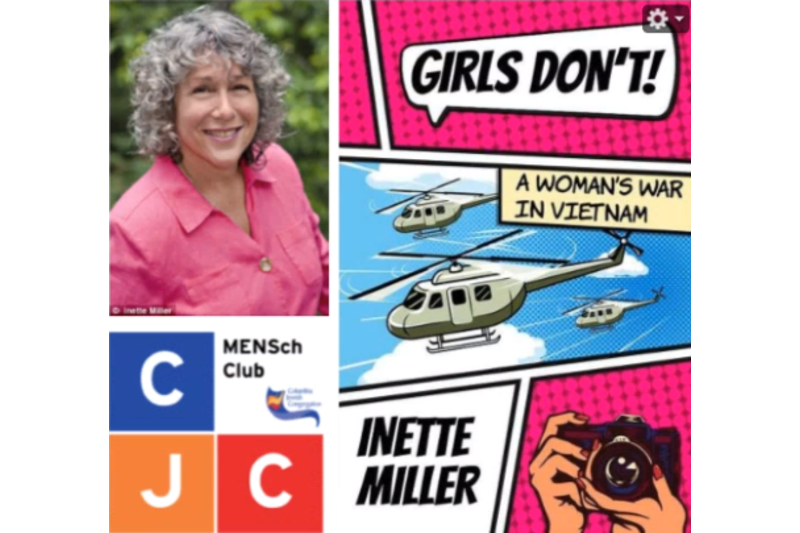 The year is 1970; the war in Vietnam is five years from over. The women’s movement is newly resurgent, and feminists are summarily reviled as “libbers.” Inette Miller, a Jewish woman from Baltimore is one year out of college-a reporter for the Annapolis Evening Capital. Her boyfriend gets drafted and is issued orders to Vietnam. Within their few remaining days together, Inette marries her US Army private, determined to accompany him to war.
Girls Don’t is the story of what happens when a twenty-three-year-old feminist makes her way into the land of machismo. This is a war story, a love story, and an open-hearted confessional within the burgeoning women’s movement, chronicling its demands and its rewards.
Please click here to register in advance.
For more information contact Gary Toller.