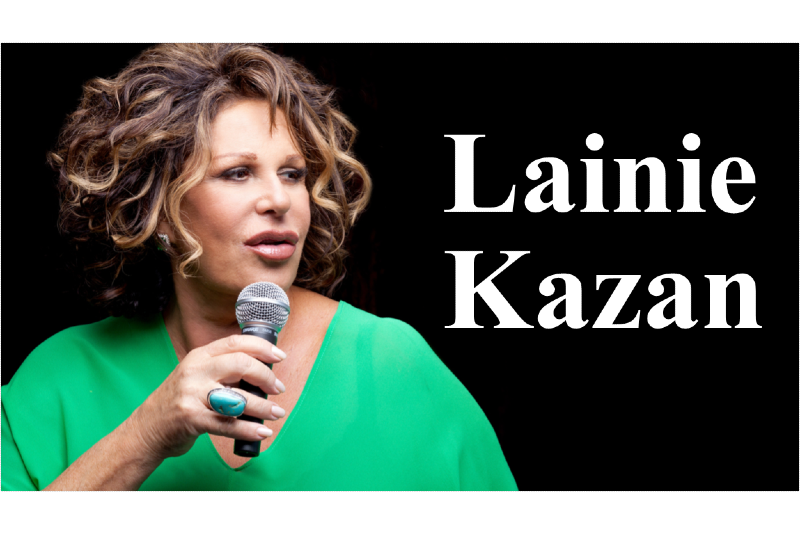 Join Tony®-nominee Lainie Kazan for a night of songs as she reflects on her life, her loves, her Broadway shows, TV series, and movies. Known for her memorable and audacious roles in My Favorite Year and My Big Fat Greek Wedding, Lainie will dish on her career including the years she spent running Playboy Club nightclubs across the country.  Lainie’s show is a must see!

Actress and singer Lainie Kazan first made her mark with her Broadway debut in 1961 with the musical The Happiest Girl in the World. The following year, she appeared in another musical, Bravo Giovanni. She eventually served as Barbra Streisand‘s understudy for the lead role of Fanny Brice in Funny Girl (1968), and when Streisand was unable to perform, due to a throat condition, Kazan took her place in both a matinee and evening performance for one day of the show’s run. Always the tireless entertainer, Kazan has contributed her talents to an endless list of film and television projects roles; perhaps her most talked-about role is of the hilarious mom Maria Portokalos in My Big Fat Greek Wedding (2002), and its sequel, My Big Fat Greek Wedding 2 (2016). Lainie’s recent films include The Amityville Murders (2018) and Tango Shalom (2021).