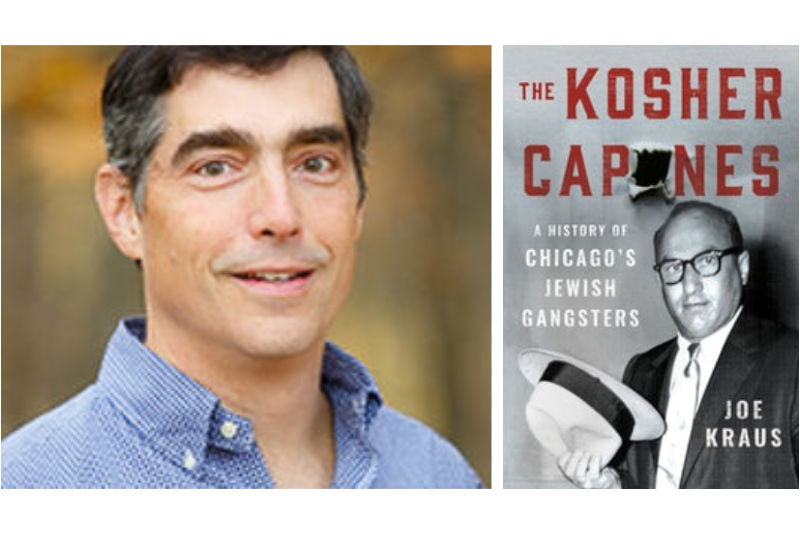 The Kosher Capones tells the fascinating story of Chicago’s Jewish gangsters from Prohibition into the 1980s. Author Joe Kraus traces these gangsters through the lives, criminal careers, and conflicts of Benjamin “Zuckie the Bookie” Zuckerman, last of the independent West Side Jewish bosses, and Lenny Patrick, eventual head of the Syndicate’s “Jewish wing.”

The Kosher Capones takes us deep inside a hidden society and offers glimpses of the men who ran the Jewish criminal community in Chicago for more than sixty years.

Joe Kraus is Chair of the Department of English and Theatre at the Uni­versity of Scranton. He is co-author of An Accidental Anarchist, and his scholarly and creative work has appeared widely. He lives in Shavertown, PA, with his wife and three sons.

This event is co-sponsored by Mishkan Torah and Temple Isaiah.