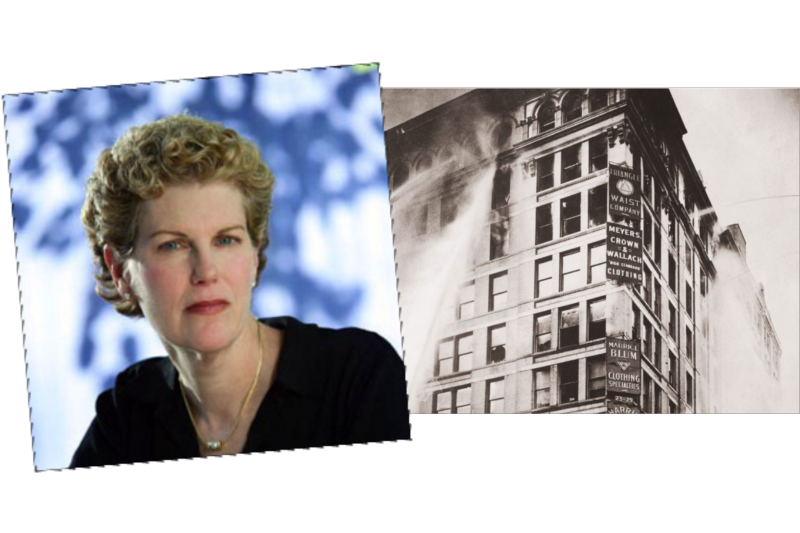 Pamela Nadell discusses the fire and its aftermath in her award-winning recent book, America’s Jewish Women: A History from Colonial Times to Today, recipient of the 2019 National Jewish Book Award “Jewish Book of the Year.”

While the book traces the evolution of the American Jewish woman’s experiences and activism over four centuries, Nadell will discuss East European immigrant women in New York City in the first decade of the twentieth century.  Sewing until their aching fingers bled and starving on the pennies paid for each cuff stitched, shirtwaist makers brazenly struck in 1909.  But the concessions they won then did not include fire alarms and sprinklers.  Less than two years later, we mark the 110th anniversary of the tragic fire in Manhattan’s Garment District. 146 workers, mostly young immigrant Jewish women, perished.  Yet, it was  an event which galvanized the women’s labor movement, transformed New York state workers’ rights and factory safety legislation, and propelled women into the forefront of organizing, social justice activism, and a new trajectory of leadership in America.