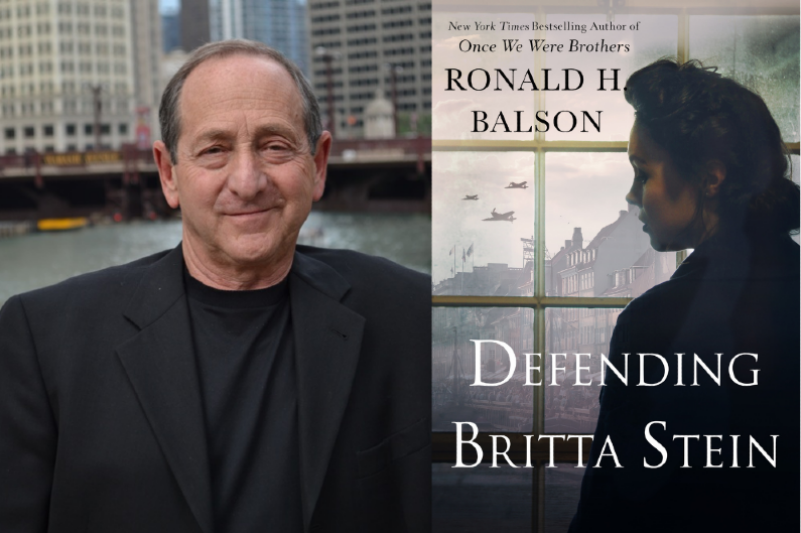 Defending Britta Stein is a story of bravery, betrayal, and redemption―from Ronald H. Balson, the winner of the National Jewish Book Award

Chicago, 2018: Ole Henryks, a popular restauranteur, is set to be honored by the Danish/American Association for his many civic and charitable contributions. Frequently appearing on local TV, he is well known for his actions in Nazi-occupied Denmark during World War II―most consider him a hero.

Britta Stein, however, does not. The ninety-year-old Chicago woman levels public accusations against Henryks by spray-painting “Coward,” “Traitor,” “Collaborator,” and “War Criminal” on the walls of his restaurant. Mrs. Stein is ultimately taken into custody and charged with criminal defacement of property. She also becomes the target of a bitter lawsuit filed by Henryks and his son, accusing her of defamation and intentional infliction of emotional distress.

Attorney Catherine Lockhart, though hesitant at first, agrees to take up Mrs. Stein’s defense. With the help of her investigator husband, Liam Taggart, Lockhart must reach back into wartime Denmark and locate evidence that proves Mrs. Stein’s innocence. Defending Britta Stein is critically-acclaimed author Ronald H. Balson’s thrilling take on a modern day courtroom drama, and a masterful rendition of Denmark’s wartime heroics.

Visit www.torat-el.org/get-involved/meet-the-author for information and reservations
This ongoing series has been made possible by a generous grant from the B’nai Sholom/Beth El Foundation.