Who Will Write Our History? 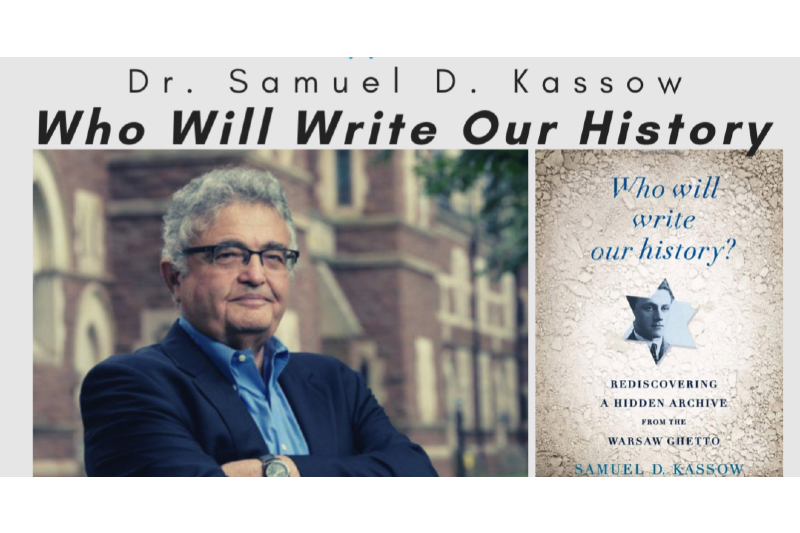 In 1940, in the Jewish ghetto of Nazi-occupied Warsaw, the Polish historian Emanuel Ringelblum established a clandestine scholarly organization called the Oyneg Shabes to record the experiences of the ghetto’s inhabitants. For three years, members of the Oyneg Shabes worked in secret to chronicle the lives of hundereds of thousands as they suffered starvation, disease, and deportation by the Nazis. Shortly before the Warsaw ghetto was emptied and razed in 1943, the Oyneg Shabes buried thousands of documents from this massive archive in milk cans and tin boxes, ensuring that the voice and culture of a doomed people would outlast the efforts of their enemies to silence them. In 2018, Professor Kassow’s book was made into a film directed by Roberta Grossman.

Click here to register for the program and to receive Zoom link to view the film at your convenience two weeks before the program.

Samuel Kassow is the Charles H. Northam Professor of History at Trinity College, and is recognized as one of the world’s leading scholars on the Holocaust and the Jews of Poland. Kassow was born in 1946 in a DP-camp in Stuttgart, Germany and grew up speaking Yiddish. Kassow attended the London School of Economics and Princeton University where he earned a PhD in 1976 with a study about students and professors in Tsarist Russia. He is widely known for his 2007 book, Who Will Write Our History? Emanuel Ringelblum, the Warsaw Ghetto, and the Oyneg Shabes Archive (Indiana University Press). He was elected a Fellow of the American Academy for Jewish Research, has won numerous awards, and has lectured widely.